1066 East Coast College students took their GCSE exams in 2017 – of all ages, abilities and all with very different career goals and ambitions.

As ever, East Coast College is immensely proud of all of its students and appreciate the hard work and effort they have all put in to achieve these results, many overcoming significant personal hurdles in the process.

Students attending were delighted with their results and explained why:

30 year old Danielle Roberts was delighted to have passed her Maths GCSE after being just one mark away from a pass this time last year! Danielle works at a local hospital as a Healthcare Assistant after being promoted from working in Domestics and now hopes to progress on to become a Nurse. Danielle said that achieving her GCSE Maths should now allow her to progress onto a Nursing Degree where she can make her dreams a reality!

Danielle’s class friend Shayleen Clark, 24, also passed her Maths GCSE on her third attempt. Shayleen said that she wanted to do the Maths GCSE to ‘better herself’ and now says that she has more self-confidence after achieving her well-deserved grade! Shayleen now hopes to move on to Level 3 Hairdressing at East Coast College in order to one day achieve her goal of moving abroad and working on a cruise ship as a hairdresser!

After struggling with dyslexia both said that they cannot thank their teacher, Joanne Wright, enough for all her help – they described Joanne as a ‘fabulous teacher’! They also said that Joanne “adapted learning styles to suit everyone and they found the Saturday classes they attended were extremely beneficial”.

19 year old Joshua McLeman passed both his English and maths GCSEs. After trying several different courses at the college including Level 2 Plumbing, Joshua decided that he wanted to do the Access Course to Humanities and Social Science and his fantastic grades have allowed him to do this! Joshua said that after completing this one year course he would like to attend the University of Suffolk and complete an English Degree in order to achieve his goal of becoming an English Teacher.

Whilst studying at East Coast College Joshua received one to one tuition which he found very beneficial and one of the key reasons he passed!
Joshua said that he liked attending East Coast College because “you are able to be an adult but also get the support that you would get in school”.

Monika Khanna, 37 received an A in her English GCSE. Having previously studied a degree in India, Monika wanted to progress from her current role as a teaching assistant to become an Education Psychologist. In order to reach her goals Monika needed to pass her GCSE English exam to allow her to enrol onto her online degree in September with the University of Derby. Monika’s advice for students taking these exams in the next academic year would be “Don’t be scared of exams, keep calm and do your best”.

17 year old Katelyn Nichols was delighted to have achieved a B grade in her English GCSE on her second attempt. Katelyn has been studying Level 1 Animal Science at East Coast College and is now going to progress on to the Level 2 course. Katelyn’s goal is to one day get a job working with animals and she is now well on the path to achieve this.

It is very clear that extra Saturday maths workshops contributed to the students’ success this year – all of those that attended these sessions achieved a Level 4 or above (equivalent to C grade or above).

Congratulations to Callum Manship for achieving a C Grade in Maths on his third attempt and to Tyler Ewles-Matthews for passing Maths on his fifth attempt – perseverance is key and your hard work has paid off!

Another well done to our Performing Arts student, Mollie, who passed her English GCSE. Her tutor Nick Ball comments on how important it is for performing arts students to have their English GCSE.

Duane Cleveland passed both his English and Maths GCSEs and now plans to take GCSE science next year before applying for a teacher training position for Primary KS1 – well done Duane!

Val Prior, Curriculum Manager English, Maths and Community said: “Today’s results really highlight that no matter who you are and the obstacles you may face, you can achieve your goals if you work hard, have a plan and make the most of the individual support and expertise provided by the excellent staff at East Coast College.” 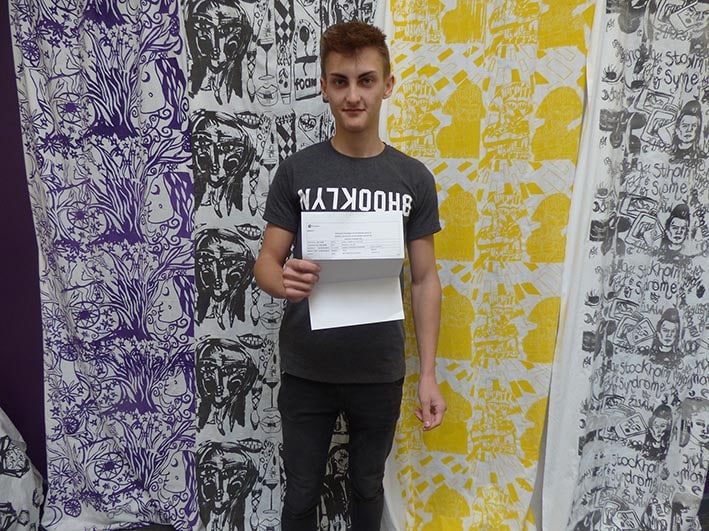 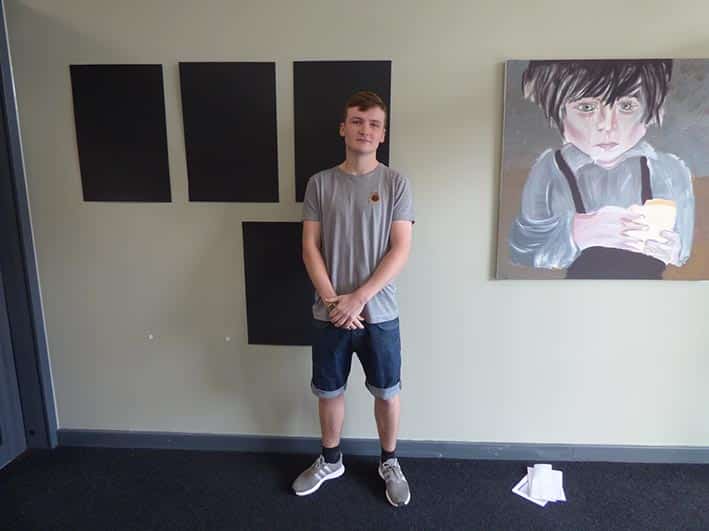